The first thing is a moving character. Easy.

But first, you need some art assets to use. Thanks to kenney.nl for those.
Then you have to build a couple of room templates so you can move between different rooms.
Then you have to make sure that the characters stays within the boundary of the rooms.
Then I wanted the character to slide rather than flick instantly to a target position.
Then, because this an infinite runner, I need to make sure that the moving between rooms snaps the world back to the origin to stop potential floating point issues in the future.
Then I randomised the flipping of the grass because the repetition hurt my eyes.
After that distraction I got the doors opening. 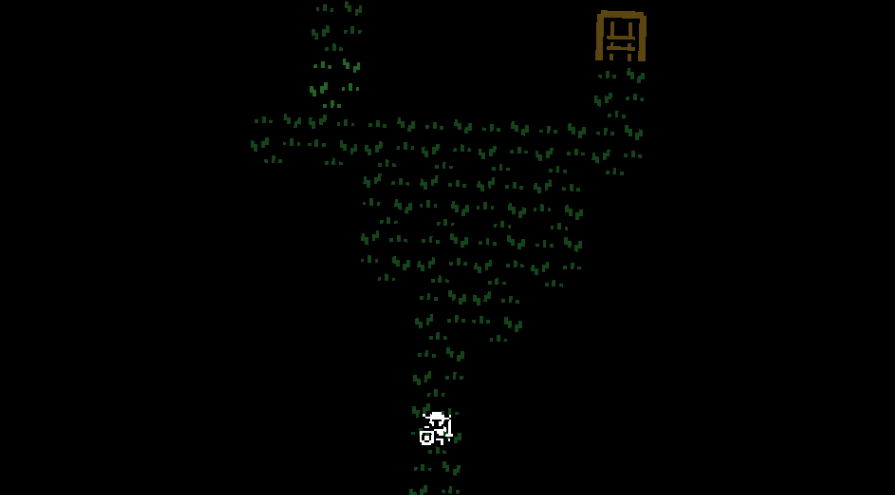